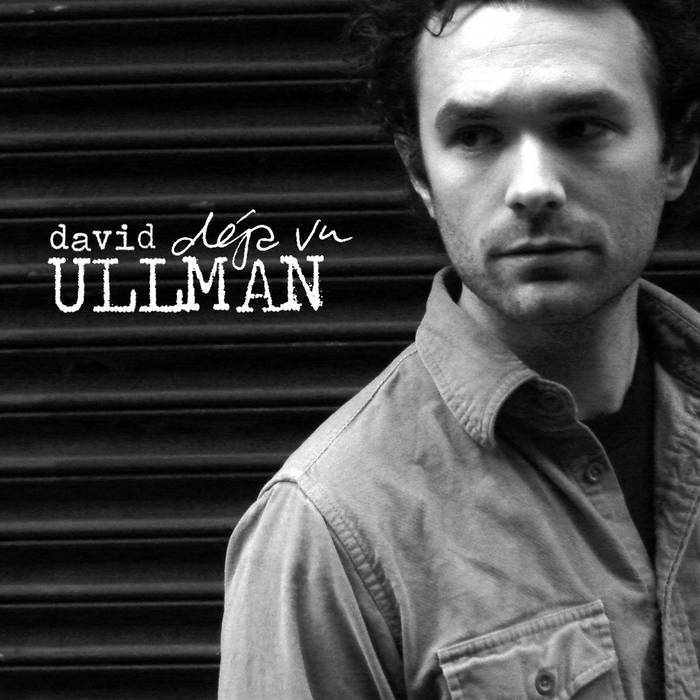 Northeast Ohio newcomer David Ullman quietly released his debut single “Déjà vu” on December 19, 2006. The single, which includes an acoustic mix of the song “Secondhand,” features two eccentric B sides, “Snakebit” and “Mulletman,” as well. “Déjà vu” will also feature on Ullman’s forthcoming album DOG DAYS which is due for release this summer.

Like those from his impending full-length release, the songs on “Déjà vu” were recorded by Ullman himself—piecemeal in bedrooms, basements and bathrooms over a period of several years. The low-key approach to the sessions yielded intimate and unaffected performances from Ullman as well from his brother Brian (electric guitars & bass), and longtime friends Sean Kammer (keys) and Logan Ramsier (percussion).

This serendipitous method of recording also inspired the promotional video for “Déjà vu,” which was produced by the Pennsylvania-based Ship-King Media LLC (www.ship-king.com) in July of 2005. The video dramatizes Ullman’s writing and recording of the song, using the acoustics of bathroom-tile to enliven the track. Downloadable on www.davidullman.net, the clip was co-directed by Ship-King partner David Urbanic and Ullman’s longtime collaborator, the internationally acclaimed visual artist Matthew Jackson.

Brian Ullman, David’s younger brother, engineered the sessions for “Mulletman” and “Snakebit,” as well as creating the electronic drum loop for the latter, which he edited together from industrial sounds recorded at a factory where both brothers once worked. Brian also played bass and electric guitar as well as acting a general sounding-board for the elder Ullman’s own attempts at producing. In addition to digitally mastering the mixes for public release, Sean Kammer played piano on “Déjà vu,” and Logan Ramsier performed the live percussion parts under David’s direction.

“Déjà vu” will appear, unaltered, on the full-length DOG DAYS, as will a full-band mix of “Secondhand.” The B sides are exclusive to the single.

All songs written by David Ullman